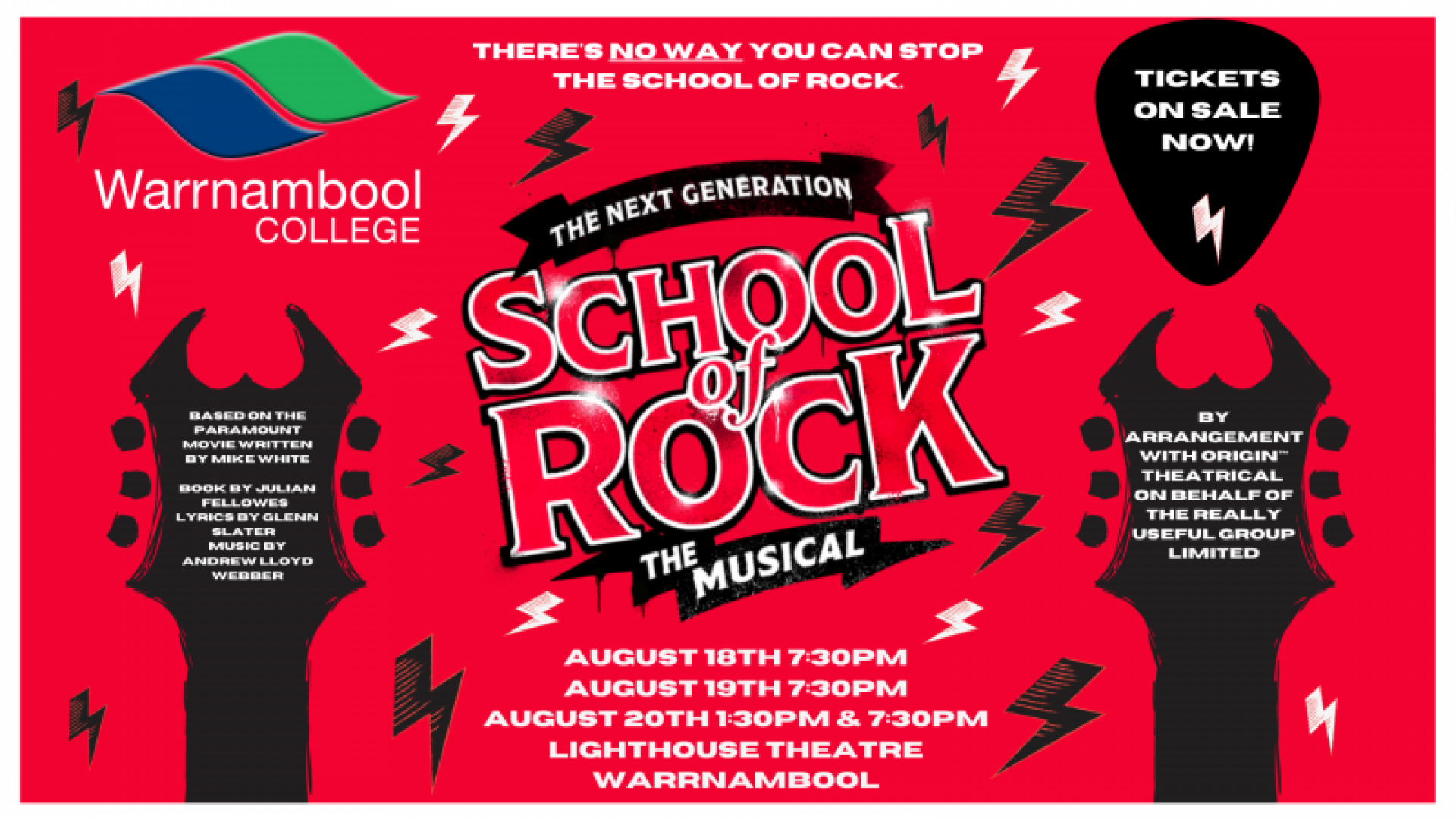 There’s no way you can stop - the School of Rock!

Warrnambool College is proud to present their latest musical production for 2022- School of Rock!! The cast and crew of students ranging from Year 7 to Year 12 have worked tirelessly over the last seven months to bring this show to life and present their work to the community.

School of Rock is a two-hour, two-act musical based on the hit movie. The plot follows Dewey Finn- a failed, wannabe rock star who decides to earn some extra cash by posing as his friend, a substitute teacher at a prestigious private school.

There he turns a class of straight-A pupils into a guitarshredding, bass-slapping, mind-blowing rock band. But can he get them to the Battle of the Bands without their parents and the school principal finding out?

School of Rock is an electrifying tribute to the transformative power of music, especially when it “sticks it to the man!”