Brad Cox: What Brought You Back? Tour 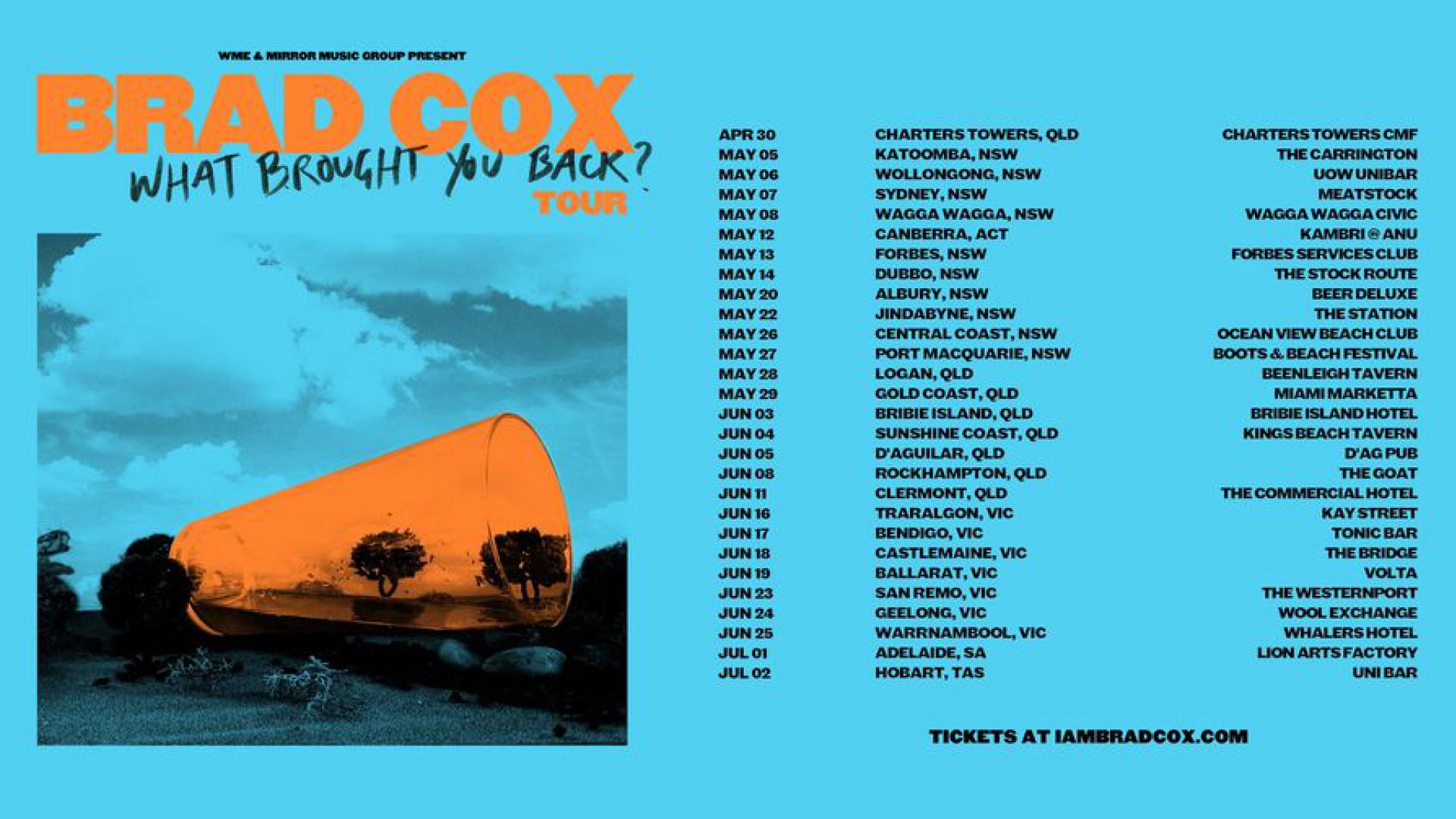 Brad Cox is thrilled to announce his first full band headline tour in 2 years, and the first since the release of his ARIA and Golden Guitar nominated sophomore record My Mind’s Projection.

Brad and his band will be touring in support of his brand new single “What Brought You Back’ (Out April 8th) which is described by Brad as a “a classic breakup song, written in an afternoon in Nashville with the homies Phil Barton & Dave Thompson."

This tour will be Brad's biggest tour to date, visiting towns across QLD, NSW, ACT, VIC, SA and TAS and ACT, and playing some of his biggest headline shows to date. This will be the first time Brad and the band will be touring My Mind’s Projection, and with more new music on the horizon, these shows are not to be missed.

This event is a part of: